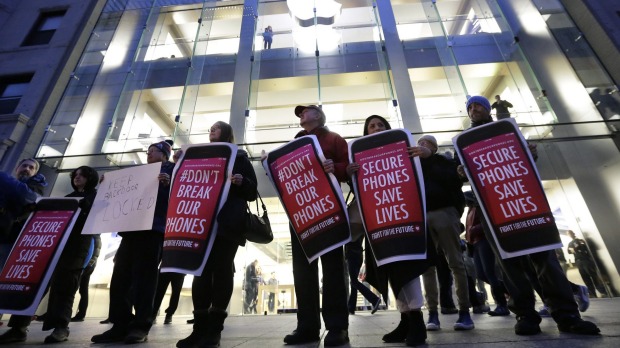 American Courts, as well as the FBI, expect the maximum support from the Apple to identify criminals behind the mass shooting and further plans of these criminals.

The mindset of iOS users

Users of Apple’s mobile gadgets these days are very conscious about their privacy. On the other hand, they do not let the overall security of the nation towards debatable for a long time. The FBI has geared up to influence the Apple in every legal way and accepts it to assist with the complete investigation of the horrific mass shooting carried out by terrorists in California.

What does the FBI expect from the Apple?

American Courts, as well as the FBI, expect the maximum support from the Apple to identify criminals behind the mass shooting and further plans of these criminals. A proper unlocking the encrypted iPhone is very important to get answers to mysterious questions associated with this case. Apple has to support for bypassing security elements of an encrypted iPhone of Syed Rizwan Farook, who and his wife killed 14 people by mass shooting.

Why does Apple not ready to do as per the expectations of the FBI?

Tim Cook, the CEO of Apple, is fighting the order of the court and the FBI. He is not willing to be patient with this kind of overreach of the US Government. He ensures that if Apple does as per the requirements of the FBI, then nobody believes in everything associated with the privacy while using an iOS gadget. The US law enforcement will use this method to deal with every case associated with an organized crime.

“Compromising the security of our personal information can ultimately put our personal safety at risk. That is why encryption has become so important to all of us. For many years, we have used encryption to protect our customers’ personal data because we believe it’s the only way to keep their information safe. We have even put that data out of our own reach, because we believe the contents of your iPhone are none of our business.” – write Apple in their customer letter.

What do Americans think about disputes between the FBI and Apple?

Americans never compromise anything that affects the peace of the nation. They fight against terrorism and almost every source of terrorists. They do not encourage the creation of a master key by an experienced team in the Apple. This is because they think that a master key is not an ultimate solution for this problem. They think about actual rights of the government and the role of tech companies in the nation.

If the government encourages the complete access to encrypted communications of every private individual, then no one gets an interest to use a Smartphone and save personal details confidently. Even though terrorists make use of advanced communication facilities, they leave a few important things unknowingly whenever they make a crime. The FBI has to enhance its efforts further and collect such evidence. This is the best way to deal with this problematic issue.