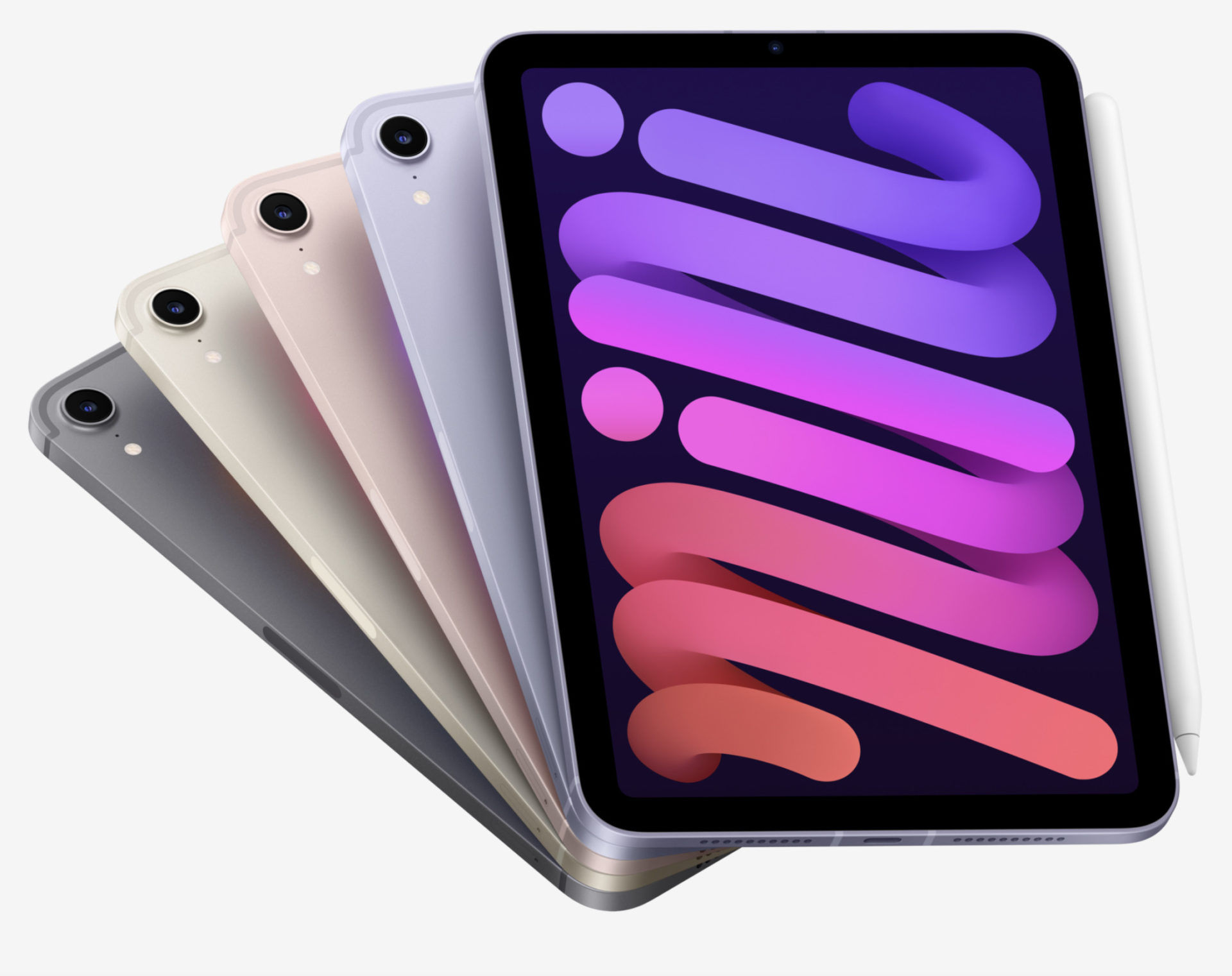 You need a tablet that you can carry around with you, but the current tablets on the market are just too big? Now there’s a tablet for everyone in the newest iPad Mini 6. The Apple iPad Mini 6th Generation is a great device that gets you high-speed performance in a compact design that supports the Apple Pencil 2. The Apple iPad Mini 6 is available in new colors like pink, purple, starlight (a silver/gold), and space gray.  With the power of the A15 Bionic chip inside, you’ll be able to experience fast speeds with no compromises.

iPad Mini 6 is equipped with the latest software offerings, so you’ll be able to do more than ever before. And with Touch ID protection for your privacy and security, you’ll never have to worry about unauthorized access to your data. In addition, the Apple iPad Mini 6 is a sleek and compact tablet that can be carried in your handbag or backpack so you can take it with you wherever you go. It’s never been easier to use a tablet this small! Let’s take a closer look at the new Apple iPad Mini 6.

The markings and screenshots featured on the iPad Mini 1 – 5 were almost always the same, but Apple finally released a design change with their newest product. The iPad Mini 6 now features a more modern look, not unlike the design of the iPad Air. In addition, the home button is no longer on the bottom of the screen, but rather the TouchID fingerprint reader is placed on the power button. Touch ID seems to be working fine on the iPad Pro without any issues.

The lack of a microSD card slot is unfortunate, but it’s been around for a while. A USB C 3.0 port being added to the iPad Mini will benefit you in a few ways. One, you can connect several USB-C-compatible accessories to your device, including hubs and external solid-state drives. Apple is aware of the drawbacks of its iPad Mini 6. For one, it doesn’t have a perfect viewing experience when scrolling upright with horizontal scrolling, either. One side scrolled faster than the other, causing something like a “roller shutter effect.”

The 12-megapixel ultra-wide-angle camera is new and helpful for online video chats, such as Skype or Zoom. The Center Stage feature can be used here, too – if a conversation is running on the other end, the camera will zoom in and focus on that window. Center-Stage is a facial recognition software for the 2021 iPad Pro that automatically follows the camera to stay focused on a person’s face. The iPad Mini has built-in speakers, but you can still hear authentic stereo sound when watching movies. Additionally, the sound quality is pretty good for a tablet.

With the 6th-generation iPad Mini, you get Apple’s newest A15 processor running at 1.9GHz, 4GB of RAM, and different memory configurations for storage. In addition, the M1 chipset ensures that’s performance is comparable to the iPad Air. Geekbench 5 and 3D mark show that it’s one of the more powerful tablets on the market.